I've observed something interesting in my garden and I'm curious if anyone else has seen this, and whether it's a known phenomenon. I'm growing Wickline cherry tomatoes in the same bin as some asparagus, and the tomato leaves are bending around the asparagus stems as if they're tendrils. I've never seen tomatoes do this to their metal cages, and they don't do it to other tomato stems or to string, as far as I've seen. I suspect it's some kind of chemotropism, where the a chemical in the asparagus is either acting as a signalling chemical or directly inhibiting growth in the side of the stem touching it. (As opposed to thigmotropism, where the stem would curl around anything it touched.) 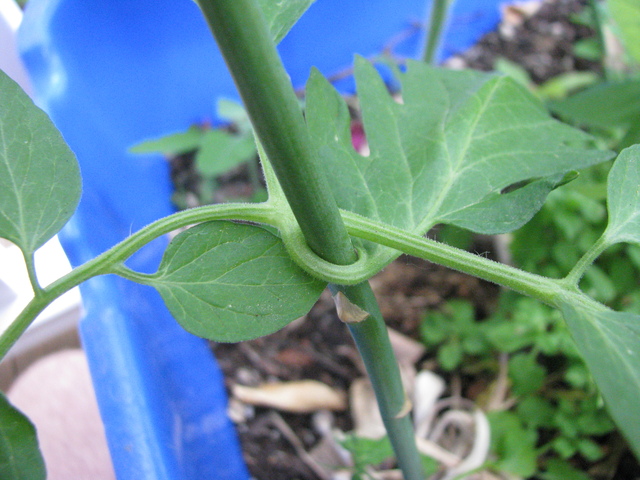 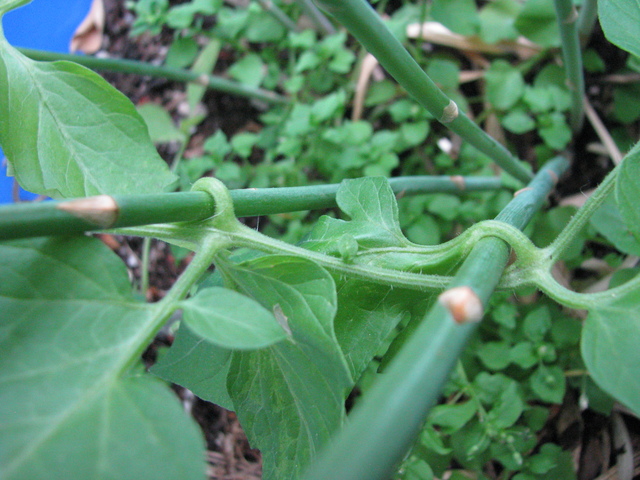 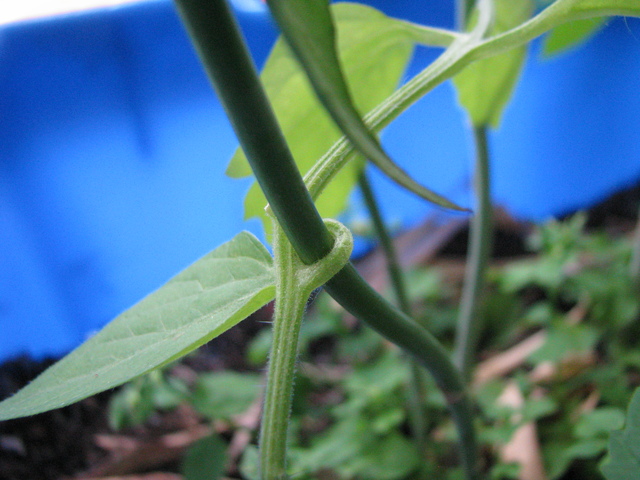 In this picture, even a very thin fringe of asparagus leaves seems to be sufficient to trigger this behavior, so perhaps there are some experiments I can do with crushed asparagus leaves. But it's also possible that the leaf was bent around an asparagus stalk that was later pulled almost all the way free. 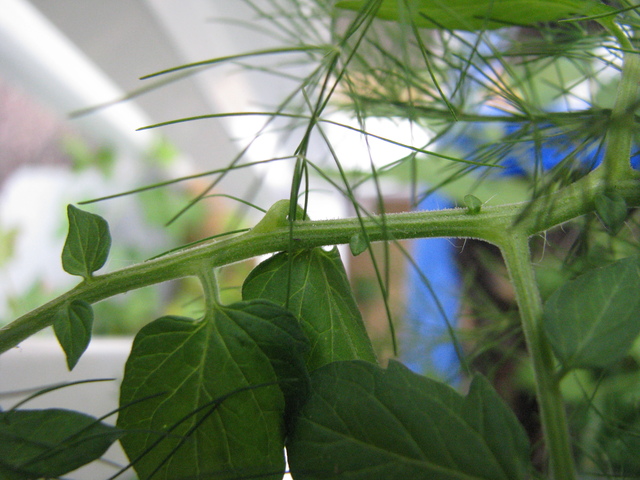 This appears to show the early stages of a stem bending. I'll try to keep an eye on it and see what happens over time. 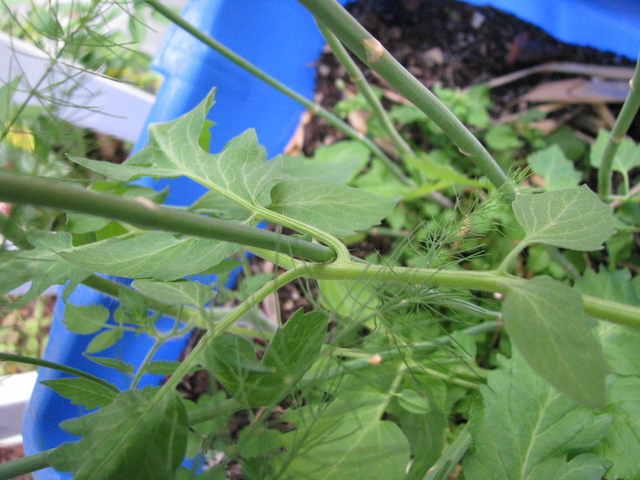 If you know what's going on here or have any suggestions for how to find out, please let me know!

Update 2020-08-17: I have since seen these tomatoes grab another tomato branch! So they don't have a full inhibition against doing so, even though I had never seen it before. I suspect that this is much more likely to happen when a branch grows near a vertical object, whereas other tomato branches are mostly going to be planar and horizontal. And yet, I'd still expect to have seen this happen with the vertical bars in tomato cages (which I'm not using in this garden, unfortunately.)